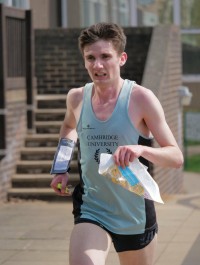 A few CUOC members ventured to the scary wilderness of the north east for the Northern Championships weekend held by Eborienteers in North Yorkshire. These races were selections for James, Fiona and Aidan who all ran a ‘special’ selection sprint race on the Saturday at York University. 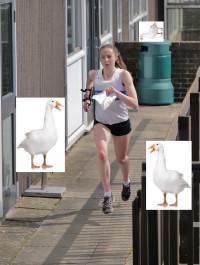 The course was much more technical than the JK and proved exciting. Aside from some pretty aggressive geese and some fairly clueless students the area was fast running but good planning made it really hard to get up to speed. Aidan, despite thinking that not crossing a wall that was uncrossable was in some way illegal, managed to have a solid run to give him 3rd place on the M18/20. Fiona must have avoided the geese well as she came 2nd on the W18/20. James fighting a cold (as well as the geese and students of course) managed a strong 13th om M18/20. 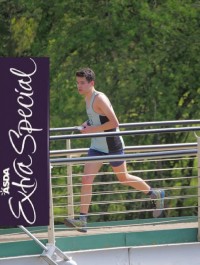 The next day was the Northern Championships race held at Wass Forrest on the southern edge of the North Yorks Moors. The forest was according to Fiona “pretty horrible” but her race must have been pretty good as she won W20. James and Aidan had a lovely run to the start with at least 5 people telling them that the woods were beautiful and they would be able to cruise round 8.1km of incredible flat white forest. Sadly these reports were not to be and neither flat nor runnable forest materialised. The Courses were specifically designed that all CUOC runners would not want to see a hill for the remaining 8 weeks of term with M20 having a huge 480m of climb. Aidan unfortunately could not count from 5 to 7 as he managed to miss seeing 6 until he was halfway to 7. Despite this he managed a strong finish but not quite strong enough as he came 2nd by 3 seconds. Luckily the fact he was in fact born in the North allowed him to ignore those 3 seconds and win a non-existent trophy. James proved that despite by his own admission “being Scottish automatically makes me bad in fast areas” it did not in fact make him slow in the fast runnable forest of Wass as he came 9th on M20.

A few rare drongos were also spotted on the slopes of Wass too with Zuzka 6th on W21E and Ben S 2nd on M21L.