For details of upcoming races see the calendar

For reports and results of recent races see results 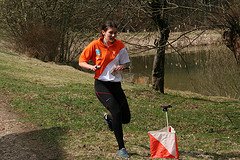 The Varsity Match is the annual competition against Oxford. Every three years it is held abroad - 2013 was Sweden and 2016 was in France. The VM is one of the highlights of the club calendar and all results from years dating back to 1972 are available. There are men's and women's selected teams of 6 each, of which 4 count for the scoring team, but everyone else in the club is welcome to run the same course (or the shorter alternatives) at the same time. 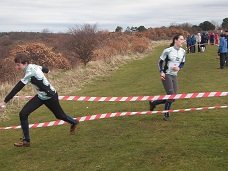 BUCS is the annual inter-university competition. It is usually held in Lent term or the Easter Holidays, and consists of an Individual (usually Saturday) and Relay (usually Sunday). It is organised by a different University club every year, and 2020 is CUOC's turn to host. It's a great chance to compete against the rest of the Universities in the country, and in the past few years CUOC has had some top results, with medals for both relay teams in 2018, and four top ten individual placings in 2019!

The JK is Britain's biggest orienteering event attracting up to 4000 competitors each year over the Easter weekend, and moves around the different regions of the UK every year.

On the Friday there is a Sprint race, often around a university campus or similar area. This is followed by a Middle distance on Saturday, and a Long distance on Sunday, with a relay to finish off on Easter Monday. The Middle and Long are counted together for the overall rankings.

The race is open to all, with separate courses for Men, Women and Juniors and a string course for the very young (they literally follow the string round but still get a map!).

Every year CUOC hosts one public race, with the Icenian Trophy a forest race held in January and the Cambridge City Race an urban held in October of every odd year, so one is organised each academic year.

The Icenian has historically been held in Thetford Forest, often in conjunction with a WAOC event the next day, but in 2019 we moved to Broxbourne and Wormley, a CHIG area in Hertfordshire. The City Race takes in the streets and colleges of the City Centre, and attracts several hundred competitors.

The Icenian Trophy itself is a team competition, which has been won by a large number of local and not-so-local clubs over the last 30 years.

Cuppers is the intercollegiate competition organised by CUOC for members of Cambridge University, in the same way as Cuppers competitions for other University sports. To have a competitive team, you will need to find three willing runners from your college (which will include at least one man and at least one woman/veteran). However, you will also be eligible for the individual trophies, so definitely worth coming along! Usually Cuppers is held in an area very close to Cambridge to encourage as many competitors as possible!

As a club, we often attend races organised by local orienteering clubs in the vicinity of Cambridge. We venture out in the morning by car to these areas and the trip normally returns early afternoon after some good runs in the forest. We normally try and get lifts from the local club WAOC.