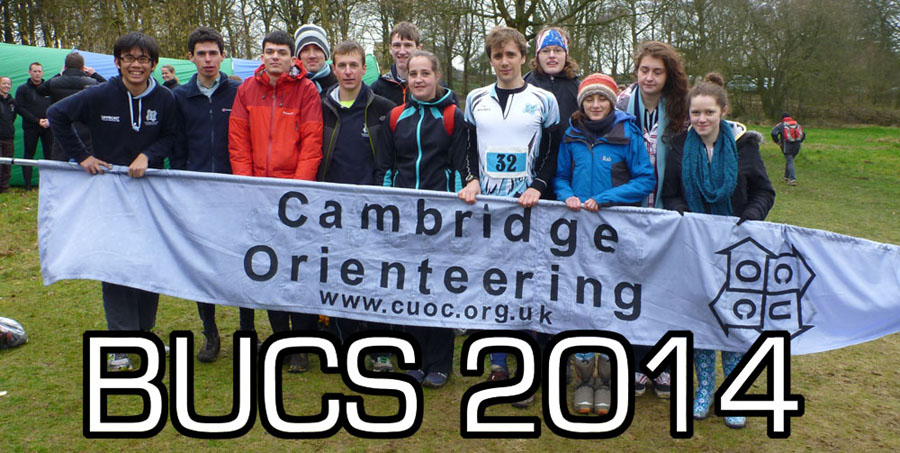 This year’s BUCS was organised by Leeds University. Their club has only been going for one year, but evidently it’s going well, as they managed to put on a great weekend of orienteering for students from all around the country. The weekend consists of an individual race on Saturday and a relay on Sunday. The results from both days are added up to give an overall winner. For the individual race, the first three best women/men runners count. The lower the score the better. For the relay, the best women’s/men’s team counts, and their position gets multiplied by three to give an overall score. Two years ago when BUCS was organised by Cambridge we succeeded in beating Oxford and came 3rd overall but last year Durham pushed us off that spot. Can we repeat our success from two years ago?

The individual day was held at Ilkley Moor, close to Leeds. It is an area of mostly open moorland with lots of crags of varying sizes and bits of forest here and there. The main challenge was reading the contours correctly and having enough physical fitness to power up those hills. This year, we came well prepared with a team of 14 runners ready to show everyone that although Cambridge is flat, we are more than apt for the challenge. The planners spared no energy in preparing an extremely tough course, testing everything from fine map reading skills to long legs that required competitors to employ their route choice skills. The unusually long 2 km leg therefore sparked up vigorous discussions as to what the best route was. Do you go straight and cut across the boulder field, do you go all the way down and run along a nice path or do you stay up on the ridge?

In the end we finished on a decent 5th position after the first day, just getting beaten by Oxford by a few points. For the men, Matthew Vokes finished first from CUOC in 12th position, followed by John Ockenden and Mark Salmon in 34th and 36th positions respectively. For the women, Carrie Beadle represented CUOC towards the upper end of the results list in 11th position accompanied by Andrea Stefkova and Jess Mason in 27th and 28th. Overall, CUOC scored 148 points, 16 points too many to beat Oxford.

After a slightly haphazard evening social and the traditional boat race which we didn’t exactly dominate, the relay on Sunday proved to be the decisive point for CUOC. We put on one women’s team and two men’s teams, one of them appropriately named fuCUOCsford, (which is what we came here to do of course!) 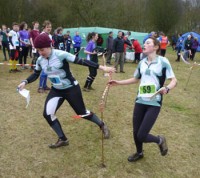 With Durham in third position but lacking a decent men’s team, it was going to be a question of whether their Men’s team would manage to reach the finish in time for them to hold onto their third position. However, we focused ourselves on beating Oxford by those 16 points from the day before.

The women’s relay started off splendidly, with Carrie Beadle knocking the breath out of everyone by storming into the finish 1st, handing over to Andrea Stefkova on second leg. It turned out that Carrie’s run was the best out of everyone, including the 2nd and 3rd legs! 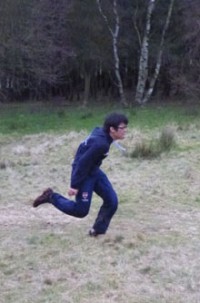 The Men’s team stayed in touch with the leaders thanks to James Hoad coming in 7th, losing only 3 minutes on the leader. Unfortunately Oxford had a very strong Men’s team, therefore our hopes of beating Oxford gradually dissipated.

It became a question of whether we could beat Durham and move up a position to finish 4th overall. With both the Men’s and Women’s teams finished in respectable 5th and 6th positions, it was all down to hoping that Durham’s Men team would finish low enough for Cambridge to overtake them. Tom Dobra, running the third leg for CUOC Men’s 2nd team, was eagerly awaited at the finish as it would push Durham’s team one position lower. After much suspense, Durham did indeed get overtaken by enough teams to push CUOC up to 4th position overall, beating Durham by only 4 points! So although we didn’t beat Oxford, we at least managed to match our result from last year, finishing in 4th position out of a total of 25 universities that took part!

What bodes well for Varsity though is that in both the women’s category and the men’s category we would have beaten Oxford had the actual times counted rather than the positions. We’ll show them who’s boss in Sweden in April!

Results & Splits from the weekend