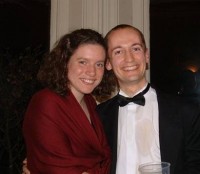 Another CUOC year has drawn to a close and Iâ€™m sure youâ€™ll all agree it has been a very successful one at that (even if I am slightly biased!).

The sunshine of the IntrO seemed to help recruitment of new members, thanks to Edmund for organising the weather and race so well. The newcomers were not put off by the Wandlebury cycle ride (a hill in Cambridge?!?) and the following training day. An easy race to put on and definitely one to continue in the future especially if you only have 4 months to train beginners up to Leith Hill standards! November I believe was a trying time for Anyaâ€™s housemates but both they and Anya survived the experience of organising the SprintO, even with the Forestry Comissionâ€™s determination to finish the poor girl off by casting some doubt over the whole race the day before is was due to take place. Elspethâ€™s planning was clearly superb with half the womenâ€™s final being made up of the hosting club. The race seemed to be enjoyed by all so thanks to both of you, housemates and families included.

Michaelmas term ended with the annual Training Tour in the Lake District. Businessman and mafia were compulsory for all but we did even manage to fit in several quality training sessions on some excellent areas. The keenest amongst us saw the sun rise from the top of the Old Man of Coniston while others preferred to get the most from the training exercises, scaring the captain sufficiently on the first day to start a search party! Other highlights included orienteering photo shoots, the most decorative mulled wine and the beginnings of certain nicknamesâ€¦ (lowlights included a certain individualâ€™s inability to hang controls in the right place â€“ apologies again!)

Committee meetings often took place in the pub as it seemed to be were the committee members were most at home. This yearâ€™s socials included formals at Fitz and Jesus and the annual dinner crawl, thanks to Ian for organising them.

There was a promisingly start to the year with over a minibus full of people attending the Varsity selection race. Unfortunately these numbers never quite equated to those going dizzy on Jesus Green of an evening. Despite the clubâ€™s general lacklustre attitude to training (Iâ€™ll never forget Alexâ€™s exasperated comment of â€˜Iâ€™ve never met a running club so against running!â€™), our training officer persevered and the year saw countless tea runs, hill reps and interval sessions. All the pavement pounding paid off in the following months so a big thank you to Alex for his patience, cake and even the occasional stroppy e-mail!

Our amazing menâ€™s captain saved the day as ever by nobly stepping in as Icenian organiser. However it gradually dawned on the planner that he may not be in the country on a certain Sunday in early February, only a mere 4000 miles away. Luckily he managed to charm two lovely ladies into rising well before the birds to help him out. Thank you to Edmund, Alan and Rosemary for all your hard work putting on such a successful race (I am always amazed how such a small club manages to do so).

A strong CUOC team almost didnâ€™t make the two hour minibus trip to the Varsity Match on Leith Hill (organised superbly by Phil Marsland) at the end of February, instead choosing to familiarise themselves with a certain one mile stretch of the M11 for more hours than I care to remember (I am still petrified of the traffic slowly grinding to a halt every time I drive down the M11!). Luckily despite keeping Oxford on edge we did make it in time for the beer race and social. Both were surprisingly important for the following days racing (a few choice words in the oppositionâ€™s ear and downing a couple of pints are the best preparation for some apparently!). A cold early start set the scene for Oxfordâ€™s overwhelming defeat. For those who may not remember after all that champagne, Cambridge won....the menâ€™s teamâ€¦.the womenâ€™s teamâ€¦.ANDâ€¦.the menâ€™s individual!!! All I can say is that you made Mummy and Daddy exceedingly proud that day.

In about the same time it took to reach Dorking a daring seven ventured across the northern border to BUSA in Edinburgh the following fortnight. The first leg of the individual day contained more contours than the whole of East Anglia but CUOC were not to be defeated and Alex proved that training really does pay off with a notably high placing. Lots of snow and consequential snowball fights and mud slides provided added excitement at the relays. Despite being so few in number CUOC did very well to come 6th. Ceilidhing with superheroes and celebrating birthdays with whisky and very poor singing on trains provided the weekendâ€™s entertainment.

One of the last races CUOC attended as a club was the JK, an international festival of orienteering. A very enjoyable weekend was had by all with more ceilidhing, accommodation fully organised and structurally sound, dodgy tummies, the blooming of a little fresher bashing (sorry Chris!) and some orienteering too. Special mention and congratulations should of course go to our gold medal winners: Anya and Elspeth, both your winning margins suggest you may now have reached the time when you should perhaps consider moving up a class next year?

Edmund missed the perfect picture when the planner saw the map for the proposed cuppers area â€“ shall we say the map was about 75% water or am I exaggerating? However no one got wet feet and the competition was won by both the new captains. Despite an unexpected disqualification (rule 1 of orienteering Alan: always check your codes) the favourite team did take the trophy home. Congratulations to Elspeth, Alex and Emmanuel and also to St Catharineâ€™s, out in force as ever, who retained the second team trophy.

The AGM provided two surprises with a vote for a position and a club member attending but leaving without a position. Despite my initial reluctance to take on the role of captain (no, no, noâ€¦.interim of several days in a small snowed in hutâ€¦.maybeâ€¦) it was with a surprising sadness I handed over the reigns to the very capable hands of Elspeth and Alex at the following Annual Dinner at Emmanuel (a legendary night if memory serves).

Finally I would like to thank the 2005-06 committee for making this such an fun, enjoyable and successful year, it would not have been without all your support and hard work. I would especially like to thank Edmund whose constant smiles and support I would have been lost without. All that remains to say is the very best of luck to Elspeth, Alex, the new committee and club for the coming year.